Saavn, now known as JioSaavn, is the most popular music streaming platform in India and Indian communities around the world.

Since, it was established in 2007, Saavn has acquired rights to 60 million music tracks in 15 languages and dialects such as English, Bengali, Tamil and Malayalam.

Saavn is a free music streaming service with advertisements. If customers want improved streaming quality and music downloads for offline listening, they have to register for paid subscriptions.

In March 2018, Saavn entered into a merger with JioMusic valued at $1 billion. It was then rebranded as JioSaavn.

Saavn was created in 2007 by Rishi Malhotra, Vinodh Bhat and Paramdeep Singh, who are all still connected to the company today as the CEO, President and Executive Vice Chairman respectively.

To get started on Saavn, you simply just have to download its app (JioSaavn) from the Google Play Store or the iOS App Store.

As a music lover, you can listen to your favorite music at any place at any time using Deezer. You can do it on your Android, Mac, Windows devices, and many more.

It is free to download for all users and allows you to enjoy a whole catalog of up to 73 million tracks. You can discover any latest music releases and try coming up with your library.

Moreover, it has made it more convenient to listen to any music online, come up with a playlist, and share with your loved ones without incurring any extra costs.

Additionally, it allows you to download your favorite music for you to listen to them offline using different plans such as Deezer family, Deezer premium, and many more.

All you need to do is to download it on your device then signup for free. When you are done logging in, you can go ahead and stream any music of your choice. 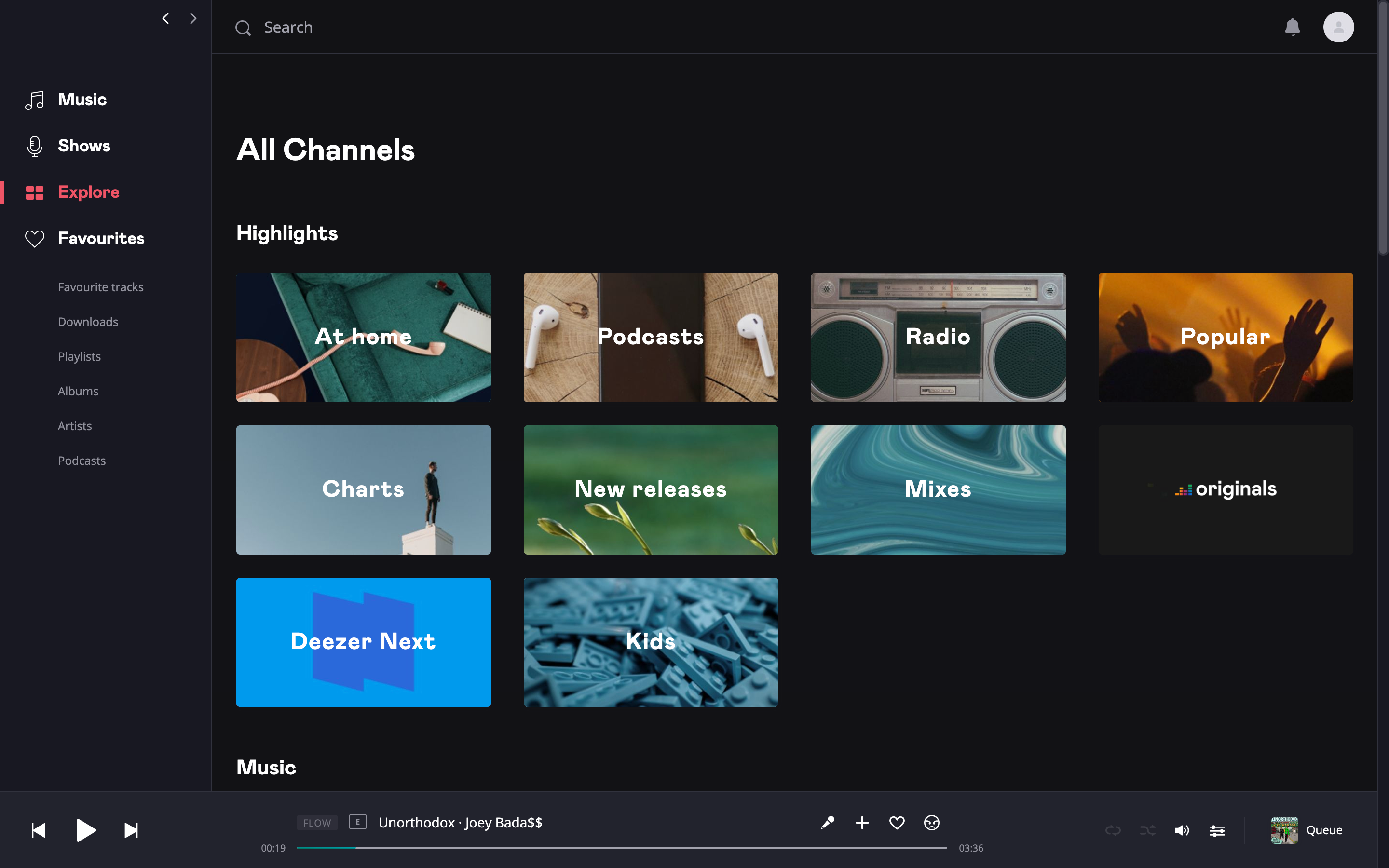 TIDAL is a service from Norway that is used for music or video streaming and offers you limitless videos and music. TIDAL was founded by a Norwegian public entity named Aspiro in 2014 and currently, the service is owned by an American payment processing organization named Block, Inc.

After they signed distributions agreements with the major 3 major record labels and several self-managing labels, TIDAL service attests that they offer access to over 70 million songs and even about 250,000 videos. Essentially, the application offers its services in a two-level system: Tidal HiFi Plus and Tidal HiFi. The service also attests that they offer the greatest percentage of royalties to artists who sing and write songs in the streaming market of music.

However, in 2015, Project Panther Bidco company purchased Aspiro and relaunched the product by using a very big marketing campaign and it was the first and growing service for streaming music belonging to an artist. 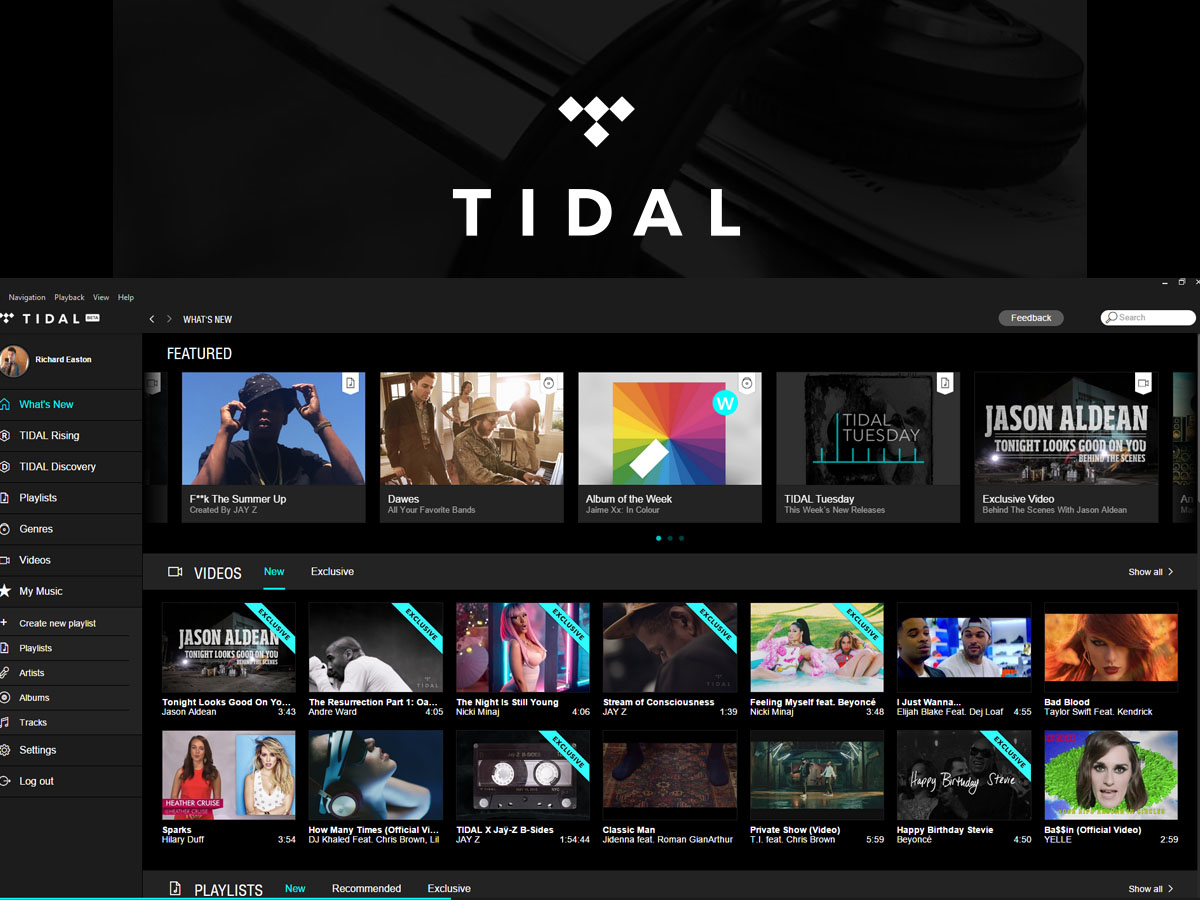 SoundCloud is a platform that allows creators to publish their tracks and share them with the world. Before you even get started, you need to create your SoundCloud profile.

Soundcloud provides an easy-to-use platform for your music. You can host your own Soundcloud pages and use official SoundCloud links to add them to your page. However, if you want a popular fan base, some factors play a role in getting noticed faster.

A good SoundCloud profile doesn't just say "I like this song" or "Hey guys! Have fun listening!" - it needs to be relatable in some way. It must be interesting and informative enough for people to want to share it with their friends or stay up late after work reading about it online. Most importantly, users must feel comfortable sharing their content there based on who they are and what they do - not based on how many followers they have got from other platforms.

iTunes was created in 2001, as a way to sell and manage digital music files. It was initially created as Mac's default music player and eventually developed into a more sophisticated online store offering DRM-free music downloads. It's exclusively available on Apple devices, such as the iPod, iPhone, iPad, and Mac.

Today, the iTunes Store is one of the most popular online stores in the world. It has over 575 million active users and over 60 million songs in its library. It's also the largest music retailer in the world. iTunes is often used during workout sessions and long drives. It has become the staple of Apple's ecosystem and is a major reason why their devices are so popular.

Spotify is a digital music, podcast, and video streaming service that gives you access to millions of songs and other content from artists all over the world. Basic functions such as playing music are totally free, but you can also choose to upgrade to Spotify Premium.